A growth chart (see bottom of page) is helpful for checking if a child’s growth is within normal limits as well as anticipating adult stature. The latter can also be done with a height calculator. To use a growth chart, locate the point where a child’s height and age intersect. The percentile of the closest curve will be the child’s approximate height percentile.

The nice thing with a growth chart though is that you can see the entire expected growth path in one glance. A growth chart can also be printed off and a child’s height marked on it as they mature, keeping a record of growth while comparing with typical growth. It’s important to note though that an individual’s growth curve will be more jagged due to lack of averaging as well as measurement errors. Also note that height reduces over the course of the day, and so it is best to always measure at the same time of day.

A potential flaw of a growth chart is that it doesn’t work well for the highest and lowest percentiles as these typically are not plotted. And it is these that are most important to acknowledge as they may, though rarely, be due to a height related disorder.

Percentiles in general are not all that useful for extremely tall and short people. This is because fringe percentiles correspond with large variations in height. A better alternative is standard deviations (Z-score), which some height percentile calculators also include.

Growth charts and height percentile calculators use statistical averaging and thus may be misleading for the individual. For instance, ethnicity is often not accounted for. To better gauge whether height is within normal limits, it is best to consult a professional such as an endocrinologist or pediatrician.

The following growth charts were developed by Centers for Disease Control and Prevention, National Center for Health Statistics. 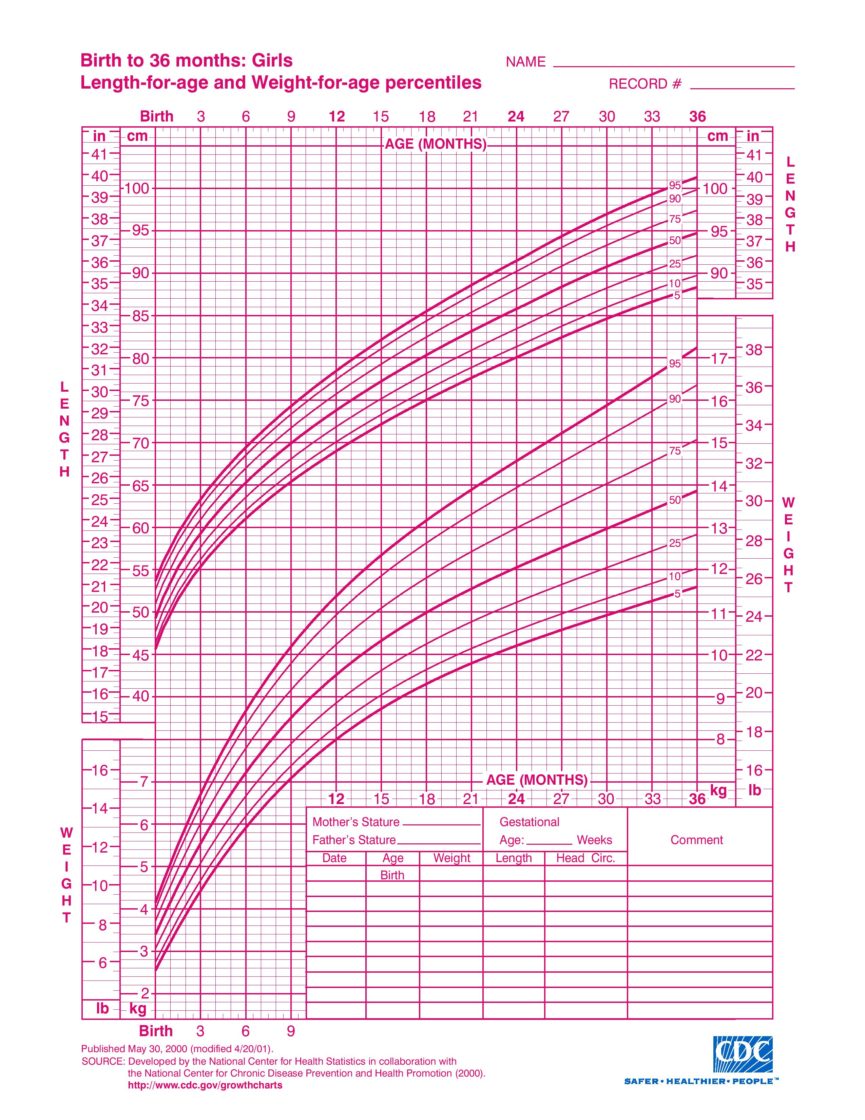 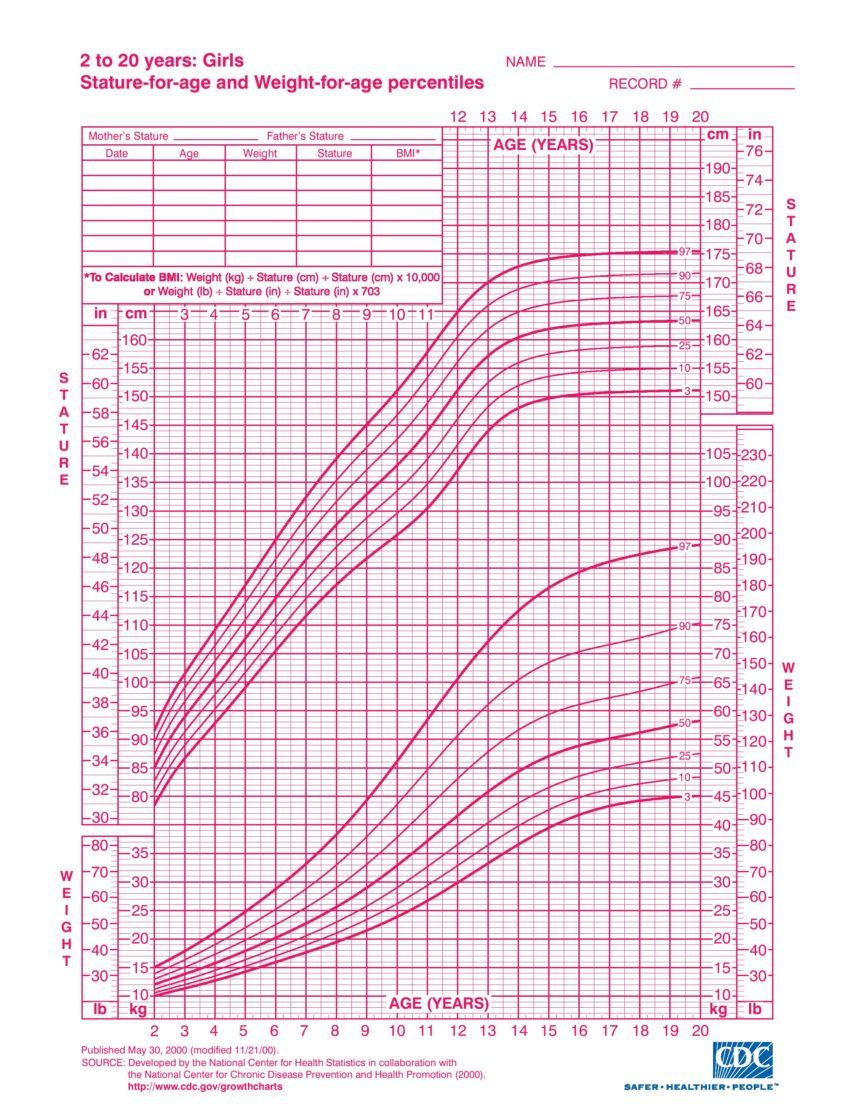 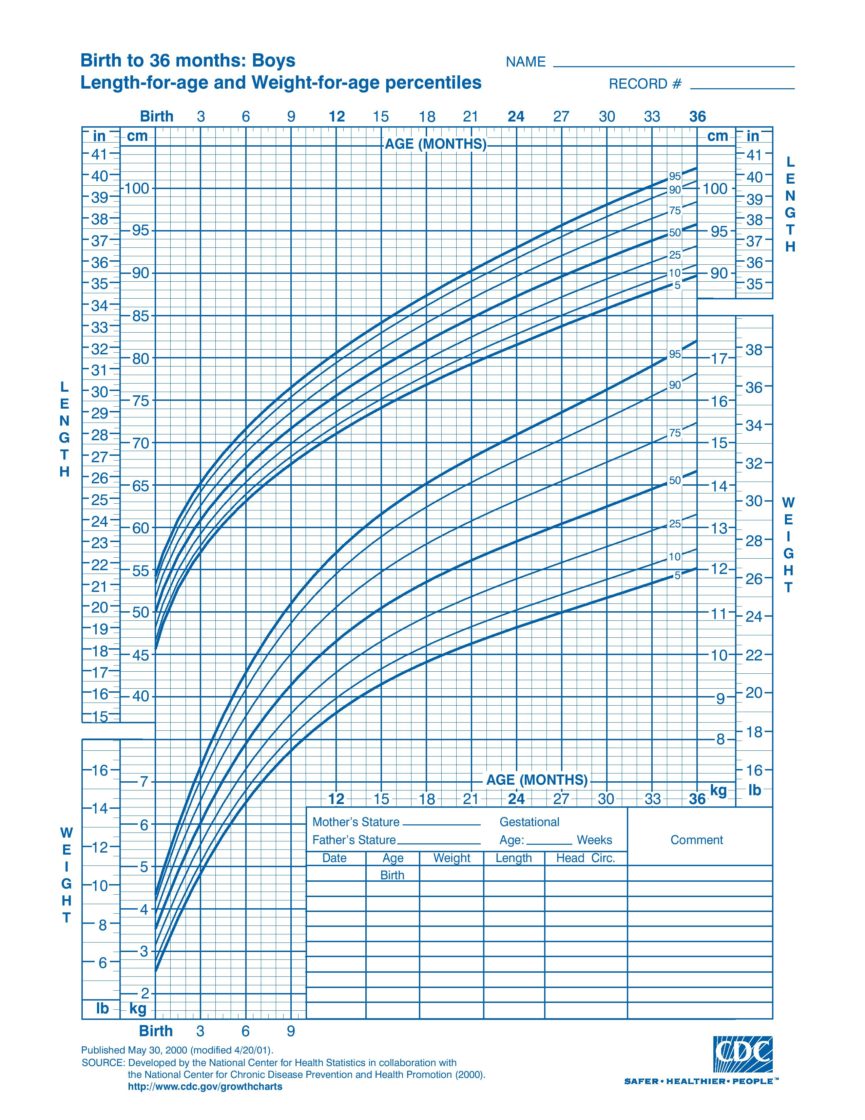 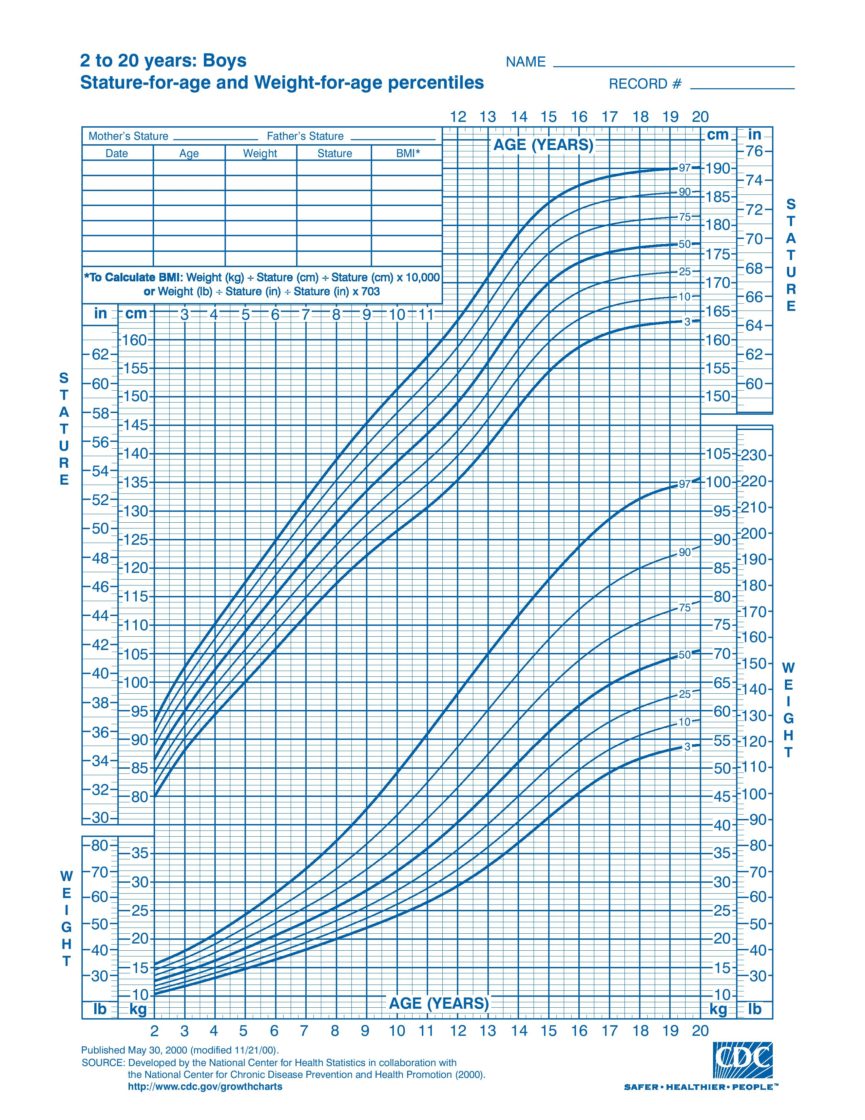 7 thoughts on “Growth Chart: Child from Birth to 20 years, Boys and Girls”