The point of this article is to come up with a tall definition, or at least possible tall definitions. If you Google the word “tall”, you get over two billion results. It’s a popular word, to say the least. But how do you define tall?

Another tall definition could perhaps be drawn from guidelines for tall organizations and clubs. The various chapters of Tall Clubs International, for example, generally have height requirements of 5′10″ for women and 6′2″ for men (though the more particular California Tip Toppers chapter ups this to 6′ and 6′4″). The various online tall forums and social media groups use similar limits to define tall. Though a tall definition derived from these is more precise than those of dictionaries, it would fail to highlight the relativity of the
term.

In the medical world, the term “tall stature” is common and has a more precise definition: tall stature is when a person’s vertical extent is greater than two standard deviations (approximately the 98th percentile) above the average height for a given gender and population [1,2]. Somewhat less common is the 95th percentile tall definition.

Though perhaps this tall definition is a bit stringent for contexts other than medical, its admission to tall being relative is important in all contexts. It allows for a 6′ guy to be considered about average height in the Netherlands, but tall in Korea, and merely above average in the US [1]. 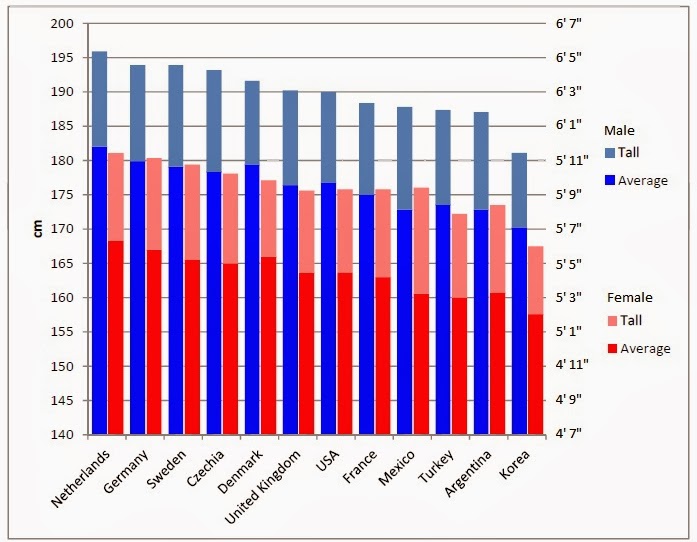 If you found this article informative, you might also appreciate the Height Calculator. 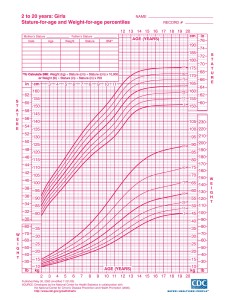 A growth chart (see bottom of page) is helpful for checking if a child's growth is within normal limits as ...
Read More

Growth Chart: Child from Birth to 20 years, Boys and Girls