Tall people are less likely to slap a mosquito before it draws blood. This is because we tend to have slower reflexes. Beyond swatting insects, reflexes are particularly important for such activities as sports and driving. Below is a calculator to determine how different your own reflexes are compared to an average height person. Following the calculator, I’ll explain how it works.

When we feel a mosquito on our skin, electrical signals travel along the nerves to the brain and then back to the muscles that react. The time for the these neural processes is dependent both on the speed of electrical signals and distance they travel. Clearly there is a longer distance to travel in us tall people. What’s surprising though is that speed may also be less, which may be due to tapering of nerves1. One study found that a 14% increase in stature resulted in a 22% increase in reaction time2.

The above calculator uses this ratio to calculate your reaction time difference from an average height person of your gender. The average heights used were for US men and women, 5′3.8″ and 5′9.3″. Given men are on average taller than women, it is no surprise that women have been found to have faster reflexes3.

I’d like to point out though that these are just trends, and everybody is different. Furthermore, the differences in reaction times are small and likely imperceptible. As a 6′7″ male, I would in theory have a 22% slower than average reaction time. Have I ever noticed this? Certainly not. One thing I have noticed is lesser coordination, which is thought to diminish with reflexes4. For instance, I have developed a phobia of the dance floor and once hit a light fixture in the dexterous game of darts. But perhaps a simply accentuated vertical extent had much to do with this. This being said, with some skill, tall people can own their height on the dance floor.

Larger species, like elephants, also have slower reaction times. Scientists studying this figure that large species compensate for this with superior planning and risk avoidance strategies5. This adaptation has been permitted by millions of years of evolutionary adaptation for their great size.

We tall people, on the other hand, have benefited from a lesser extent of evolutionary adaptation and may not compensate similarly. Perhaps this contributes to our increased risk of musculoskeletal injuries. Nevertheless, we can learn to plan ahead better. For myself, my plan is to stick to the slow dances.

The words tall and short refer to the vertical extent of something. So we call a person with a greater ...
Read More

How does height affect weightlifting ability? Do tall people or short people have the upper hand? The calculator and explanation ...
Read More

Height and Weightlifting Ability: The Short and Tall of It 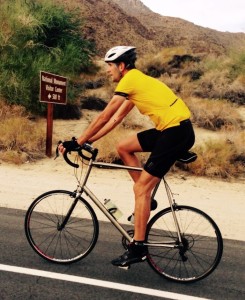