This adaptation poses some serious safety concerns and Tall.Life will not be held responsible for any resulting injury. Do this adaptation at your own risk. For further info, see the full disclaimer.

Ideally, a tall driver could raise their car seat to make space for their longer legs. However, the limited vertical space within a car means that a tall driver needs to lower their seat. In fact, some tall drivers might even wish for their seat to be even lower than allowed by the built in adjustments.

To test this out, I lowered the seat in my own car by removing the seat cushion (I had to take the seat out of the car to do this) and replacing it with a thin layer of EVA foam (the kind used in garden kneeling pads) and attached a vinyl covering via double sided tape. Please note that it is very difficult to get a seat cushion properly back on after removing it.

The resulting low position has some excellent pros:

As great as this lowered position was, I had to go back to the original seat cushion due to some issues with my hips. If you do try this modification, be mindful how your hips and other parts of your body feel.

What I did was just a test. If I was going to make it more permanent I would have hired an upholsterer or similar to make the modification. I’ve heard there are some places that can just remove some of the foam from the seat.

No matter how you do it, it’s a revolutionary experience to suddenly be at near normal height in a car!

A common question for tall people is, "which are the cars with the most legroom?". We'll answer that, but let's ...
Read More

Cars With the Most Legroom: Car Seat Modifications 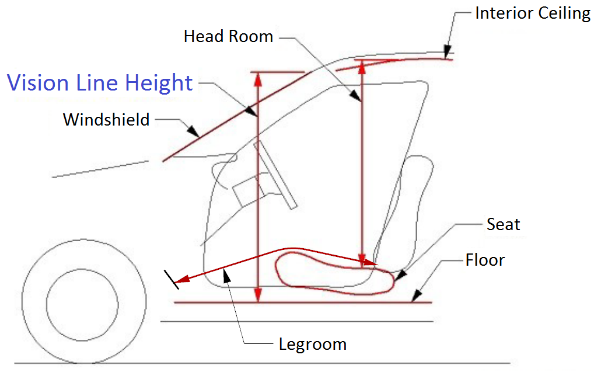 Of all the height biased man made objects, cars are perhaps the most problematic for tall people. The one size ...
Read More 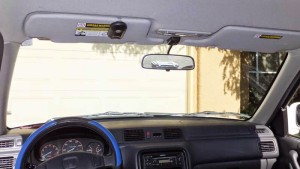 The following is a guest post by Sean, a fellow Tall Adapter. Please see this site's disclaimer before doing any ...
Read More

Car Seat Tilting Brackets and other Adaptations for Tall People 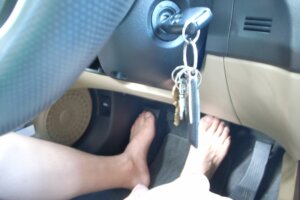 Inadequate legroom in cars is a major problem for tall people. Besides being uncomfortable, it also puts us at greater ...
Read More