(update: I finally got surgery five years later. I’m six months post-op. I think I might be somewhat better, but it’s hard to know for sure. Either way, I’m glad I did it so that I know I’ve tried everything I can.)

It was a bad omen—the sign outside the hospital parking garage read, “6′4″ maximum height”, three inches too short for me.

The pain in my hip started a couple years ago. It had gradually gotten worse to the point where I could hardly walk. Despite being well versed in the experience of muskulskeletal injuries (tall people tend to be), I was particularly impressed by just how disabling a hip injury can be. Looking back, I’m certain that cycling was the main culprit. Counterintuitive, you might say, given cycling is so often recommended for those with ailing hips. But please read on…

I saw a sports medicine doctor who ordered me an MRI. Only minor arthritis turned up. The real problem was something commonly referred to as femoroacetabular impingment (FAI) as well as a labral tear. My doc referred me to Dr. Olufemi Ayeni, an orthopedic surgeon in Hamilton. The wait time to see him was about a year.

FAI has only become a recognized, diagnosed, and treated pathology in the last couple decades1. FAI is essentially when the acetabulum and femoral head (ball and socket joint) do not mate up ideally because of a geometric irregularity, such that end range of motion is limited and impingement of the soft tissues results. The two types are in the figure below. I have the cam variety.

The pressing question is, how does one acquire FAI? We all begin with pretty great range of motion as babies, right? One possibility is that physeal (growth plate) stresses cause deformation2. It would follow then that tall people are at increased risk of FAI given we experience greater stresses as per the square-cube law. Yet I found no mention of height in my search of the literature, so no way to verify this.

Ergonomic issues make FAI particularly problematic for tall people. For instance, sitting in too low of seats forces the hips into greater flexion. This is worst in cars where tall people actually lower their seat to get more headroom. For me this was even worse as I had actually modified my car seat to make it go even lower! Also, tall people may have a greater tendency to sag into one hip while subconsciously trying to reduce their stature for low work surfaces, conversations, etc. Out of all the issues though, for me, cycling was the biggest. And ironically, this was made worse by my extra long 200mm cranks.

FAI has been implicated in the early onset of osteoarthritis. It can be treated conservatively with physiotherapy and/or injections, or surgically, either open or arthroscopic. The state-of-the-art arthroscopic procedures focus on repairing the soft tissues and shaving away bone to reshape the joint geometry for greater congruity, thereby permitting full range of motion of the hip joint without impingement. But the problem with this kind of surgery, much unlike total hip replacements, is that the soft tissues take a very long time to heal (one estimate I heard was six months). I decided I would try to manage it conservatively. What gave me confidence was that there are a lot of asymptomatic people out there walking around with FAI and labral tears.

The first step for me was to remove the exacerbating activities. This meant stepping back from cycling. What cycling I eventually got back to I did with standard length cranks and in a more upright position—I also built myself a tall ebike so I could still get around without my car. As far as the sitting issue, I try to get work done from other positions (see my sit-stand zero gravity workstation setup). And at the gym, I avoid any kind of deep squat or lunge. I also make an effort to place even weight on both legs.

Besides removing the cause, there are some exercises that are supposed to help. Specifically, strengthening of the glutes and stretching the hip flexors is supposed to decrease the load on the anterior rim.

Nearly a year later, I finally got to see Dr. Ayeni. He was quite friendly and helpful. He confirmed what I already knew and provided more detail on the condition. He let me know I could continue to treat it conservatively, or, he could operate arthroscopically. I was doing much better by this point and decided to continue without surgery. However, even if I did want surgery, he would need special clearance to operate as I exceeded the maximum recommended height of 6′6″ for the operating room (ORs are typically designed for 5′10″ males). Shocking, but at least it’s an improvement over the parking garage.

Update: I saw Dr. Ayeni another year later to ask some more questions and keep my foot in the door. One of the questions I had was whether it would be a quicker recovery if he just fixed the torn labrum, leaving the geometrical deficiency alone for me to deal with. The answer was no, as the healing bottleneck is the drilled holes through the muscle. Curiously though, he happened to be involved in a pilot study at that very time to investigate the outcome of exactly what I suggested. Personally though, if healing time is the same, I would want to get the full deal done. It’s a moot point for now though, as I continue to have success with my conservative approach to managing it. Whether the osteoarthritis is building up though… only time will tell. If I ever were to get surgery, I would trust Dr. Ayeni to do it. 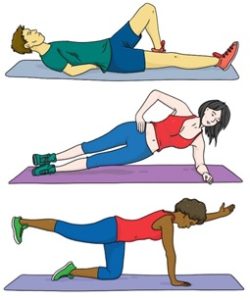 Stuart McGill is a world renowned spine researcher. His goal is to help people recover from and avoid back pain ...
Read More 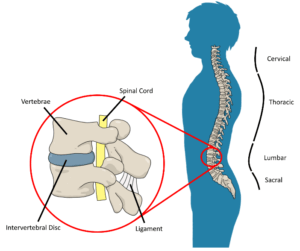 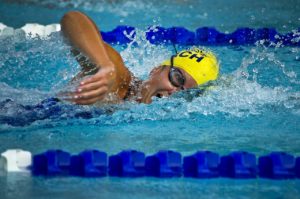 Back and neck injuries are more common in taller people. A continuing theme on this site is how to adapt, ...
Read More 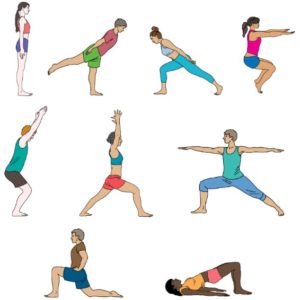 The sentiment that yoga is particularly beneficial for tall people is a popular one. This is because yoga is known ...
Read More