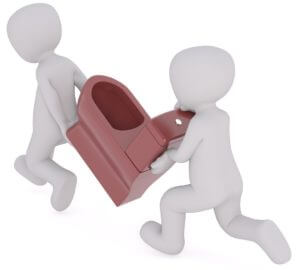 The quickest way to raise your toilet seat is to put on a raised toilet seat. The simplest of these just looks like a big plastic doughnut. While this can do the trick, it might not offer some people the stability they require. For instance, the elderly may prefer a raised toilet seat with support rails. The second image below is a good option, with the support rails going all the way to the floor.

A more elegant solution is to raise your entire toilet via a toilet raiser, such as the Toilevator. The downside of this approach is that it is going to require either some plumbing know-how or a handyman. Additionally, you’ll want to make sure your toilet is compatible with the toilet raiser you select.

An even more elegant solution is to put in a tall toilet in the first place. Of course these will be significantly more expensive than the options mentioned so far. Also, you’ll be hard pressed to find a taller toilet than 17.5″. Though by combining some of the approaches mentioned so far, you could get a really high toilet seat.

The final approach potentially yields the tallest toilet. By using a wall mounted toilet, you can choose pretty much any height you want. Just keep in mind this could affect the resale value of your home.

To Raise or Not to Raise Your Toilet Seat

It would seem common sense that taller people would best be served by taller toilets. However, having a relatively low toilet seat might not be such a bad thing.

Consider for a moment that it is only since the mid sixteenth century that we have had flush toilets. Prior to that, our ancestors all defecated from a squat position, and that is what evolution optimized us for. You see, while we are standing, the anorectal angle (angle between anus and rectum) is at about 90 degrees thereby preventing unwanted bowel movements much like a pinched garden hose blocks water flow. While an x-ray study showed that squatting opens the anorectal angle up to about 126 degrees, making it easier to pass a bowel movement, a seated position only does so to about 100 degrees [1]. Hence the squatted position leads to lower abdominal pressures,  less swelling in the veins of the anus, and thereby lower risk of Hemorrhoids. A squatting position also has the added bonus of reducing pooping time by nearly a factor of three [2]. However, maybe you like to read articles such as this one while on the can, and it would be a shame if you stopped here.

Carrying on, the above would suggest that relatively low toilets, though not as good as squatting, are better for tall people than a proportional height toilet would be, right?

Yes, but there is another issue to keep in mind, and that is that we are not as flexible as our ancestors were (and our neighbors in non-industrialized societies). This is due to our modern lifestyles of prolonged sitting and inactivity. Lack of ankle and hip joint flexibility in particular is a problem for squatting as we compensate with excessive flexion in the lumbar spine, elevating intervertebral disc pressure, particularly for that early morning poop when the discs are fully hydrated [3].

Because of this, it is the elderly, with there diminished flexibility and strength, for whom raised toilet solutions exist. When you consider a tall elderly person you will recognize there is a convincing argument for an even greater rise.

Raised toilet seats for tall people are also a bonus as it is easier for them to aim across the smaller chasm. Note that such clientele will also appreciate an elongated toilet for full accommodation while sitting.

As you can see, the decision to raise one’s toilet is not one to be taken lightly. If you do decide to proceed, there are four basic raised toilet seats for tall people options: place the toilet on a platform or toilevator, buy a taller toilet , use a toilet seat lift, or, and this last one has the greatest potential for you extremely tall people, position a wall mounted toilet at a height of your choosing.

[1] Influence of Body Position on Defecation in Humans

[2] Comparison of Straining During Defecation in Three Positions: Results and Implications for Human Health 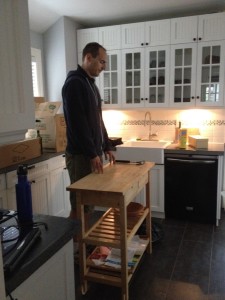 My girlfriend and I recently bought and moved into a new house. Well, not new per say, as it was ...
Read More 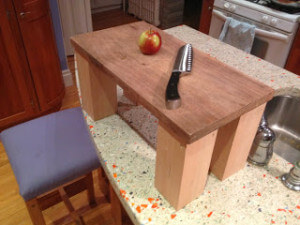 Update: For an easier to make version of a raised cutting board, please see: Raised Cutting Board for Tall People ...
Read More 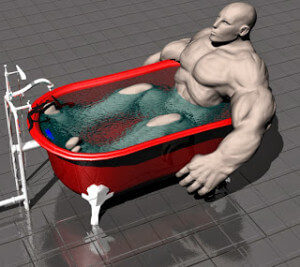 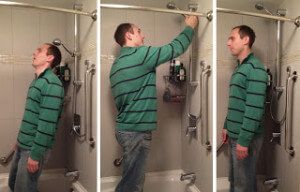 When you hear about tall people problems, low shower heads are usually at the top of the list. Maybe it's ...
Read More